On the 5th of December 1972, a group of villagers and councillors met to discuss whether they thought enough support could be raised to build an outdoor swimming pool in Kingsteignton. As a result of the meeting an action group was formed and public meeting arranged. 60 people attended the meeting and all were enthusiastic about the idea. After initial consultations Devon County Council agreed to lease the land at Meadowcroft Drive to Kingsteignton Parish Council as custodian Trustees on behalf of the Kingsteignton Swimming Pool and Recreational Association for a period of 50 years.

Fund raising began on the 7th of April 1973 with a coffee morning raising £13.00. This was the start of the challenge to raise enough money to complete the build, in the coming years Kingsteignton would see a varied range of activities and events including the inception of Kingsteignton Carnival week, buy a brick scheme, golf ball racing days, sponsored knitting groups, tea dances, a lottery, sponsored walks, a monthly bingo, house to house collections, whist drives and a Street Market. The committee erected a large target board at Whiteway Road to show the villagers the progress of the fund raising.

The first turf was cut on the 12th of November 1977 when the excavations were carried out by Watts Blake Bearne. By May 1979 the build was complete and Mr Keith Sykes of Watts Blake Bearne officially opened Kingsteignton Swimming Pool on the 9th of June 1979.

In 1985 the committee began their next objective to build a toddler pool alongside the main pool. After 2 years of creative and innovative ideas funding was secured and the new children’s area was officially open on 1987.

In June 2009 the pool reached its 30th anniversary and celebrated by rewinding the entrance charges back to 1979 prices! A draw was held to sell “kilowatts of gas” as funds were needed to replace the original boiler at a cost of £30,000.00.

By the end of the 2014 season the main pool was in need of vital and substantial improvements. The installation of a pool liner would overcome the stability of the internal facing walls and early signs of a breach of the pool floor. The committee set out to raise in excess of £25,000.00 by fund raising and application to local authority and government incentive grants. In conjunction, the toddler pool would require the same attention; jointly over £30,000.00 would protect the longevity of both pools. In April 2015 visitors were able to see the rewards of the hard work achieved over the winter period.

In 2017 the committee commenced a long term plan project to refurbish the internal facilities. From grant applications and fund raising the female toilets and female showers were totally transformed for the new season. We are now completing the same improvements for the male toilets and showers for the opening of the 2018 season. 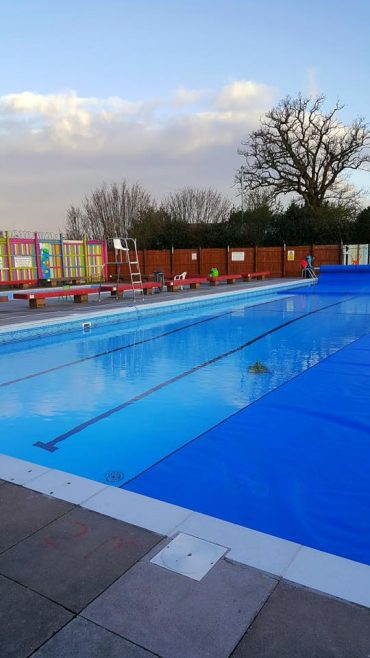 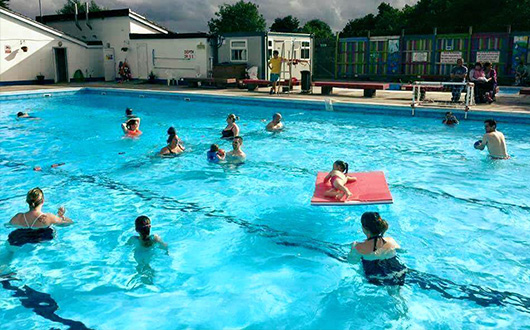 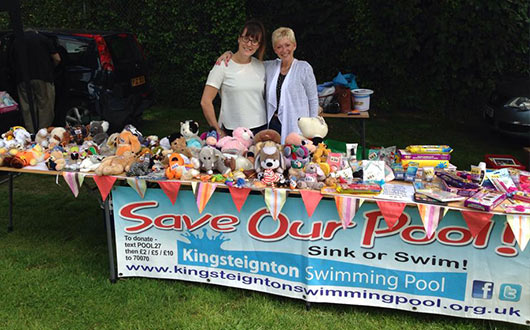